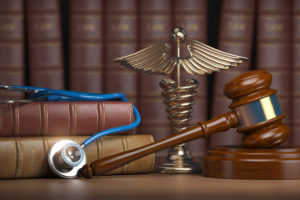 A Baltimore court has agreed with a jury award granting a Prince George’s County woman $205 million in a personal injury lawsuit based on medical malpractice. The woman’s daughter suffered a brain injury during delivery at Johns Hopkins Bayview Medical Center.

According to attorneys for the plaintiff, she was told by doctors before the child’s birth that the pregnancy could be terminated and that the fetus was not viable. Those assertions turned out to be incorrect. Unfortunately, based on that diagnosis, the woman opted not to have a C-section and medical personnel discontinued fetal monitoring. The child, now five years old, was deprived of oxygen and suffered significant brain damage, resulting in cerebral palsy and a requirement for 24-hour care.

The jury originally returned a verdict of $229 million, but the court lowered it, based on the state of Maryland caps on tort claims. The hospital has indicated that it will appeal the damage award.

Jonathan Scott Smith, a Maryland Super Lawyer, has successfully represented personal injury victims throughout the state for more than three decades. He is a skilled, experienced, and respected trial lawyer with a reputation for getting positive results for his clients.

Attorney Smith holds a 10.0 (Superb) rating as a trial attorney from AVVO, as well as AVVO’s Client’s Choice Award, with an average client review of 5 stars. He belongs to the Million Dollar Advocates Forum, where membership is limited to less than 1% of all American lawyers who have obtained million-dollar judgments, awards, or settlements. Smith has been listed as one of the top 100 lawyers in Maryland by Super Lawyers and was named a Top-Rated Lawyer by The American Lawyer Magazine in 2012. The American Institute of Personal Injury Attorneys honored him as one of the “10 Best Attorneys in the State of Maryland in Client Satisfaction.”

Smith has received an AV rating (the highest rating possible) from his colleagues in the legal profession every year since 1988 and has also been honored with Martindale-Hubbell’s Client Distinction Award, an award given to less than 4% of all attorneys listed there. The National Trial Lawyers Association, a “by invitation only” professional organization, has included him among the state’s top 100 attorneys.