Insurance Companies’ Use of Colossus Software to Evaluate Claims 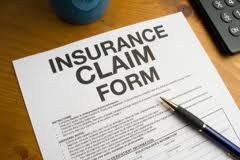 Even the most technologically challenged among us might agree that computers have made many areas of life easier. Software allows us to easily crunch large amounts of data. We use computers to communicate with our loved ones, to pay our bills, and to provide us with instantaneous information on any subject in the world.

However, drawing on computer software to resolve insurance claims has proven to be a bad idea. Allstate, Metlife, Aetna, CAN, Erie, Farmers, and other insurers are believed to use an insurance claims program called Colossus. Unfortunately, the settlement claims determined by Colossus may be inaccurate and too low.

How Does Colossus Work?

Sounds simple, right? Except that no one but the insurance company knows the data being used to make the claims. Colossus does not take into account that no two accidents are alike, nor are two injuries ever the same. Additionally, the software ignores your own evaluation of your symptoms; only recognizing documented medical records as authoritative.

If, say, you did not go to the hospital after your accident, your claim is automatically lowered in value. Only certain types of treatment are considered “valid” by Colossus, but you would not know which treatments. If you go to physical therapy for up to 90 days, this is considered three months’ worth of treatment. However, if you go to PT for 91 days, you receive a rating of three to six months of treatment, which receives a higher Colossus value.

If you are uncertain about the Colossus settlement value on your claim, you do not have to agree with it. You have a right to question it. The software cannot know the specifics of your situation.

If you have questions and do not believe that the Colossus settlement offer is accurate in your case, an experienced personal injury attorney may be able to help you protect your right to a full and appropriate recovery.

To schedule an appointment with experienced personal injury attorney Jonathan Scott Smith in Columbia, Maryland, call (410) 441-5054 or contact us online.