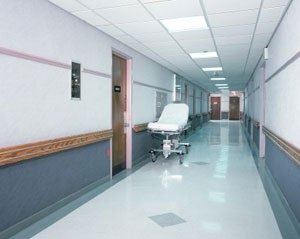 Nearly a dozen people were sent to the hospital for medical treatment after a carbon monoxide leak at the Westin Baltimore Washington Airport hotel in Linthicum in late February.* A few days later, a class action suit was filed against the hotel operators.

A paramedic had initially been called to the area to treat a hotel employee who was faint. After discovering the high levels of carbon monoxide, the Anne Arundel County Fire Department crew evacuated the hotel. At the time, there were 64 occupied rooms. An investigation by fire officials discerned that the toxic gas leak was caused by a flue control that malfunctioned on a water heater in one of the hotel’s laundry rooms.

The lawsuit is alleging negligence, claiming that the company failed to maintain a safe environment for guests.** The claim states that the hotel knew of the flu-like symptoms guests and employees reported before firefighters were called, but did nothing about it.

Apparently, the hotel did not have carbon monoxide detectors at the time the leak was discovered. The hotel was built in 2007, but detectors have become mandatory for new hotels only since 2013.

Attorney Jonathan Scott Smith, a Maryland Super Lawyer, has been fighting for the rights of the injured for more than 30 years. His record and reputation in personal injury and wrongful death cases have earned him the Clients’ Choice Award from AVVO, based on an average client review of 5 stars (the highest rating possible), and a perfect 10.0 Superb rating as a litigation attorney from AVVO. His colleagues have also recognized his work in the legal profession, where he has earned an AV rating under Martindale-Hubbell’s Peer Review Rating System. Additionally, Smith has been recognized as a 2012 Top-Rated Lawyer by The American Lawyer magazine and Martindale-Hubbell.***

The law firm of Jonathan Scott Smith represents people who have been harmed in accidents caused by another’s negligence in Howard County, Anne Arundel County, Baltimore County, Carroll County, Frederick County, Prince George’s County and Montgomery County in Maryland.
If you have suffered injuries due to exposure to a toxic gas leak, noxious fumes or a fire, or if you have a loved one who has died from a toxic gas leak, fatal fire or other accident, attorney Jonathan Scott Smith will aggressively help you pursue full and fair compensation for all your losses. Contact us by e-mail or call our office at (410) 441-5054 to schedule an appointment.