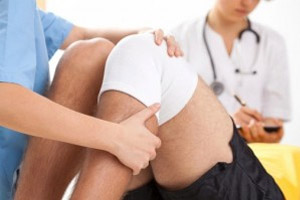 When you’ve been hurt because of someone else’s wrongful or careless act, one of your first thoughts is to seek compensation for lost wages or income, medical expenses and other damages. But what if the accident was partially your fault? Can you still recover a financial award to pay for the losses you’ve suffered?

For hundreds of years, the law of personal injury applied a concept known as the “contributory negligence” doctrine. Under the legal theory of contributory negligence, if you were negligent in any way and to any degree, and that negligence contributed to your injury, you could not recover damages from someone else for your losses. Because the doctrine seemed extremely harsh, and because defense attorneys would, often successfully, argue that a minuscule amount of negligence on the part of the injured party should absolve an egregiously negligent party from any liability, a new standard—comparative negligence—has become the law of the land in all 50 states.

If you or someone you love has been hurt because of the carelessness or negligence of another person, we can help. Contact us by e-mail or call us at (410) 441-5054 to schedule an appointment. We represent personal injury victims in Howard County, Baltimore County, Carroll County, Frederick County, Prince George's County and Montgomery County in Maryland.