THE DUTIES OF PROPERTY OWNERS TO KEEP SIDEWALKS AND THOROUGHFARES CLEAR

Though there is no state law mandating the removal of snow or ice from sidewalks in Maryland, many municipalities have their own ordinances requiring property owners to take action: 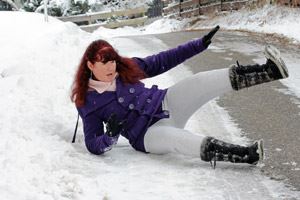 Jonathan Scott Smith, a Maryland Super Lawyer, has consistently obtained positive results for personal injury victims in the Baltimore metropolitan area and across the state for over 30 years. Attorney Smith holds a 10.0 (Superb) rating as a trial attorney from AVVO, as well as AVVO’s Client’s Choice Award, with an average client review of 5 stars. The American Institute of Personal Injury Attorneys honored him as one of the “10 Best Attorneys in the State of Maryland in Client Satisfaction.”

He is a member of the Million Dollar Advocates Forum, an organization comprised of less than 1% of all American lawyers who have obtained million-dollar judgments, awards or settlements. Smith has been named as one of the top 100 lawyers in Maryland by Super Lawyers and was lauded as a Top-Rated Lawyer by The American Lawyer in 2012.

Smith has been AV-rated (the highest rating possible) by his colleagues in the legal profession every year since 1988 and also has received Martindale-Hubbell’s Client Distinction Award, an award given to less than 4% of all attorneys listed. The National Trial Lawyers Association, a “by invitation only” professional organization, includes him among the state’s top 100 attorneys.

If you have been hurt because of the wrongful act of another person, we can help. Contact our office by e-mail or call us at (410) 441-5054 to schedule an appointment. There’s no cost for your first consultation. We represent injured people in Howard County, Baltimore County, Carroll County, Frederick County, Prince George’s County and Montgomery County in Maryland.