Authorities Look Into Cause of Triple Road Fatality — Was Police Pursuit a Factor? 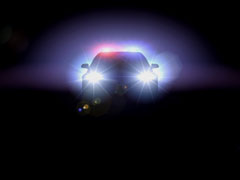 In the aftermath of a horrific crash in which three people burned to death, questions have been raised as to whether police were in pursuit of one of the vehicles at the time and whether that pursuit may have led to the collision, according to news reports. Police acknowledge that, prior to the crash, undercover officers were following one of the vehicles because they suspected illegal activity. An attorney for the police officers told news reporters that the officers received multiple transmissions before the accident, instructing them to end the pursuit, and that they did.

Though Baltimore police have limited circumstances under which they can engage in a chase, it is unknown how far these officers had trailed the vehicle and whether they were using lights or sirens at the time. To family members of the victims, there are concerns that the chase was not stopped in time and that the accident resulted.

Attorney Jonathan Scott Smith, a Maryland Super Lawyer, has fought for the rights of personal injury victims in Maryland for more than 30 years. Because of his record and reputation for effective representation, he has been awarded the Clients’ Choice Award from AVVO, based on an average client review of 5 stars (the highest rating possible). He has a perfect 10.0 Superb rating as a litigation attorney from AVVO, and has also built an outstanding reputation with his colleagues in the legal profession, earning an AV rating under Martindale-Hubbell’s Peer Review Rating System. Smith was also recognized as a 2012 Top-Rated Lawyer by The American Lawyer magazine and Martindale-Hubbell.

We will help you pursue full and fair compensation for all your losses. Contact us by e-mail or call us at (410) 441-5054 to schedule an appointment. We represent injured people in Howard County, Anne Arundel County, Baltimore County, Carroll County, Frederick County, Prince George’s County and Montgomery County in Maryland.