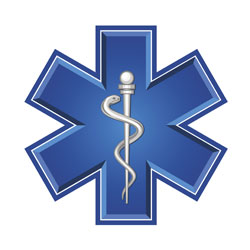 A three-car collision that occurred in Jessup recently left one driver dead and another injured. An investigation shows that a 2010 Freightliner box-truck driver traveling north on U.S. Rt. 1 south of Kit Kat Road rear-ended a 2000 Volkswagen Jetta that was in the through traffic lane, but was about to make a left turn into the U.S. 1 Shopping Center.*

The force of the car crash pushed the Volkswagen into a 2006 Chrysler 300, which had also been preparing to make a left turn from the through traffic lane. The Volkswagen driver was taken to the University of Maryland Shock Trauma Center, where she died due to her injuries later that evening. The operator of the box truck was uninjured. The Chrysler driver also had no injuries.

Jonathan Scott Smith is a Maryland Super Lawyer who has been protecting the rights of those injured due to the negligent or careless mistakes of others for more than 30 years. His work as an attorney in this area of the law has earned him the Clients’ Choice Award from AVVO, based on an average client review of 5 stars (the highest rating possible), and a perfect 10.0 Superb rating as a litigation attorney from AVVO. His peers have also recognized him for his work as a personal injury and wrongful death attorney, with an AV Preeminent rating in Martindale-Hubbell’s Peer Review Rating System. He is also included on the 2012 Top-Rated Lawyer list by The American Lawyer magazine and Martindale-Hubbell.**

Personal injury and wrongful death lawyer Jonathan Scott Smith fights for the rights of those injured and families that have lost a loved one due to a car crash or other accident caused by negligence. We represent clients throughout Howard County, Anne Arundel County, Baltimore County, Carroll County, Frederick County, Prince George’s County and Montgomery County in Maryland.

If you have been harmed in a car crash due to the wrongful, negligent actions of another, attorney Jonathan Scott Smith will aggressively help you pursue full and fair compensation for all your losses. Contact us by e-mail or call our office at (410) 441-5054 to schedule an appointment.