Study Shows That Deaths From Prescription Painkillers Has Quadrupled Since 1999 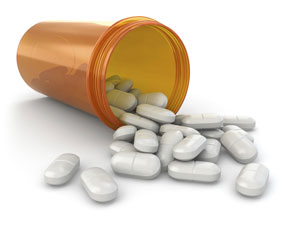 In a study conducted by the Centers for Disease Control (CDC), researchers found that fatalities linked to prescription drugs went up four-fold between 1999 and 2011, from just over 4,000 to more than 17,000. Authorities fear that the death toll will continue to escalate, stressing that the numbers reported are in all probability understatements of the actual number of fatalities. Researchers used death certificates to conduct the study, but acknowledge that specific drugs were not named in about a quarter of the deaths.

An interesting result of the study: the greatest increase in fatal overdose from prescription drugs was among people ages 55 to 65, whereas deaths in younger people did not escalate as much. Researchers also found that most victims actually had prescriptions for the drugs that killed them.

Attorney Jonathan Scott Smith, a Maryland Super Lawyer, has fought for the rights of injured people in Maryland for more than three decades. He is a recipient of the Client’s Choice Award from AVVO, based on an average client review of 5 stars (the highest rating possible), and has a perfect 10.0 Superb rating as a litigation attorney from AVVO. Attorney Smith has also built an outstanding reputation with his colleagues in the legal profession, earning an AV-rating under Martindale-Hubbell’s Peer Review Rating System. Smith was also listed as a 2012 Top-Rated Lawyer by The American Lawyer Magazine and Martindale-Hubbell.

If someone you love has died after using a prescription drug, we can help. Contact us by e-mail or call us at 410-740-0101 to schedule an appointment. We represent personal injury victims in Howard County, Baltimore County, Carroll County, Frederick County, Prince Georges County and Montgomery County in Maryland.