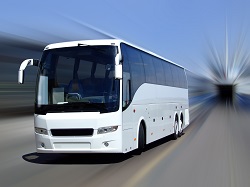 Maryland State Police arrested the driver of a Delaware charter bus, charging the man with driving under the influence of alcohol. At the time of his arrest, the man was taking students from Bennett Middle School, in Salisbury, home from a field trip.

According to police reports, the students had adult chaperones on the trip, who suspected that the driver was intoxicated after the driver began to weave all over the road. Fearing for their safety and the safety of the students, they put together a plan, where one of the parents faked an illness so that others could call 911. When state troopers arrived, they were informed of the parents’ concerns. A breathalyzer was administered and the driver was taken into custody. Officials say no one was injured in the incident.

Attorney Jonathan Scott Smith, a Maryland Super Lawyer, has protected the rights of injured people in Maryland for more than 30 years. Because of his record and reputation for effective representation, he has been awarded the Client’s Choice Award from AVVO, based on an average client review of 5 stars (the highest rating possible). He has a perfect 10.0 Superb rating as a litigation attorney from AVVO and has also built an outstanding reputation with his colleagues in the legal profession, earning an AV rating under Martindale-Hubbell’s Peer Review Rating System. Smith was also recognized as a 2013 Top-Rated Lawyer by The American Lawyer Magazine and Martindale-Hubbell.

If you have been hurt because of the wrongful act of another person, you want experienced and effective legal counsel. Contact us by e-mail or call us at (410) 441-5054 to schedule an appointment. We represent injured people in Howard County, Baltimore County, Carroll County, Frederick County, Prince George's County, and Montgomery County in Maryland.