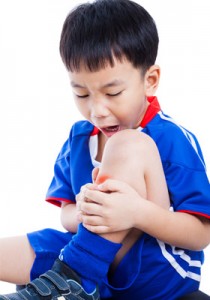 A school bus driver crossed the centerline and collided with a 17-year-old driving an SUV, sending the girl to the Shock Trauma unit at a local hospital. According to police reports, the bus was traveling east on Triadelphia Mill Road in Glenelg around 7 am on November 13, when the driver veered into the westbound lane and struck the SUV. The bus was apparently empty at the time of the crash. A 15-year-old passenger in the SUV was not injured. Howard County police closed the road for a number of hours after the accident.

Attorney Jonathan Scott Smith, a Maryland Super Lawyer, has fought for the rights of injured people in Maryland for more than three decades. Because of his record and reputation for outstanding representation, he has been awarded the Client’s Choice Award from AVVO, based on an average client review of 5 stars (the highest rating possible). He has a perfect 10.0 Superb rating as a litigation attorney from AVVO, and has also built an outstanding reputation with his colleagues in the legal profession, earning the top rating under Martindale-Hubbell’s Peer Review Rating System. Smith was also recognized as a 2013 Top-Rated Lawyer by Martindale-Hubbell and The American Lawyer Magazine.

If you or someone you love has been hurt in a motor vehicle accident or as a result of someone else’s carelessness or negligence, you want an experienced personal injury lawyer to help you pursue full and fair compensation for all your losses. Contact us by e-mail or call us at (410) 441-5054 to schedule an appointment. We represent personal injury victims in Howard County, Baltimore County, Carroll County, Frederick County, Prince Georges County and Montgomery County in Maryland.