Making Certain You File Your Complaint in a Timely Manner 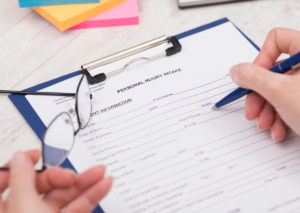 In Maryland, as in all states, there’s a written law, known as the “statute of limitations,” which requires that legal action be filed within a certain period of time. The statute of limitations varies, based on the type of legal matter. For personal injuries in Maryland, you must file legal action within three years of the date of the injury. There are some exceptions, however—situations where the time period may be suspended or extended:

Jonathan Scott Smith, a Maryland Super Lawyer, has effectively advocated for personal injury victims in and around the Baltimore metropolitan area for more than three decades. He is a skilled, experienced and respected trial lawyer with reputation for getting positive results at trial.

Attorney Smith has earned a 10.0 (Superb rating) as a litigation attorney from AVVO, as well as AVVO’s Client’s Choice Award from AVVO, with an average client review of 5 stars. Smith has been named one of the top 100 lawyers in Maryland by Super Lawyers, and was listed as a Top-Rated Lawyer by The American Lawyer Magazine in 2012. The American Institute of Personal Injury Attorneys listed him as one of the “10 Best Attorneys in the State of Maryland in Client Satisfaction.” He belongs to the Million Dollar Advocates Forum, given to less than 1% of all American lawyers who have obtained million dollar judgments, awards or settlements.