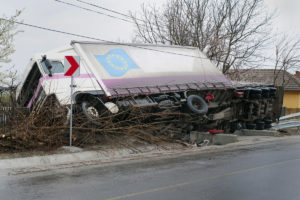 You’ve likely heard, in the aftermath of a plane crash, that investigators are seeking the “black box” data recorder in an effort to understand the cause of the accident. You may not know, though, that many newer models of commercial trucks also come equipped with a similar device.

The black box recorder also referred to as an electronic control module (ECM) or electronic data recorder (EDR), is a small device installed in a semi, big rig, 18-wheeler, or tractor-trailer to collect and store information about the physical properties of the truck. The black box can gather a wide range of data about the truck’s operation, including:

The black box also can provide data that can be compared with the driver’s physical log to determine if state or federal “on the road” time regulations were violated.

Maryland Super Lawyer Jonathan Scott Smith has aggressively fought for personal injury victims in Baltimore and throughout Maryland for more than 30 years. A skilled and experienced attorney with a history of getting positive results at trial, he has received the Client’s Choice Award from AVVO, with an average client review of 5 stars (the highest rating possible) and a perfect 10.0 Superb rating as a litigator. He’s also AV-rated by colleagues under Martindale-Hubbell’s Peer Review Rating System and a 2012 Top-Rated Lawyer by American Lawyer magazine.

If you have been hurt because of the wrongful act of another person, we can help. Contact our office by e-mail or call us at (410) 441-5054 to schedule an appointment. There’s no cost for your first consultation. We represent injured people in Howard County, Baltimore County, Carroll County, Frederick County, Prince George’s County, and Montgomery County in Maryland.