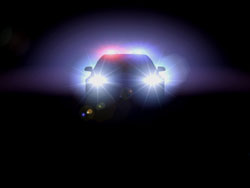 Authorities say a 12-year-old boy was seriously injured when he ran across the road in front of a police car in early May. The police officer was responding to a call when the accident occurred, but did not have sirens or lights turned on. The mishap occurred at the intersection of Cox Street and Falls Road in Hampden.

A neighbor said that the boy had a lot of blood on his face and appeared to have a broken leg or hip. Witnesses say that the boy was crossing the street to join another group of people when he stepped in front of the patrol car. The police officer was not injured.

Maryland Super Lawyer Jonathan Scott Smith has fought for the rights of personal injury victims for more than 30 years. Because of his record and reputation, he was a recipient of the Client’s Choice Award from AVVO, based on an average client review of 5 stars (the highest rating possible). He has a perfect 10.0 Superb rating as a litigation attorney from AVVO and is also respected by his colleagues in the legal profession, who have given him an AV rating under Martindale-Hubbell’s Peer Review Rating System. Smith was also recognized as a 2012 Top-Rated Lawyer by The American Lawyer Magazine and Martindale-Hubbell.

If you or someone you love has been injured because of the careless or wrongful acts of another person, you want experienced and aggressive personal injury attorneys to protect your rights. Contact us by e-mail or call us at (410) 441-5054 to schedule an appointment. We represent criminal defendants in Howard County, Baltimore County, Carroll County, Frederick County, Prince Georges's County, and Montgomery County in Maryland.