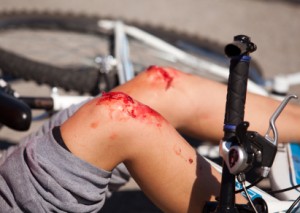 According to the Centers for Disease Control, 743 people were killed in 2013 in accidents involving bicycles, a decrease from the high of 772 in 2006, but a significant increase from just two years earlier, when the death toll stood at 682. The injury rate, which has hovered at or above 50,000 for most of the last decade, dropped to approximately 48,000 in 2013, as compared to an all-time high of 68,000 in 1993. Here are the most common causes of bicycle accidents.

Studies consistently show that the vast majority of bicycle accidents are caused by motor vehicle operators. Here are the most frequent causes, in order of magnitude:

Other Types of Bicycle Accidents

Though less common, bicycle accidents can happen when:

If you have been hurt in a bicycle accident, attorney Jonathan Scott Smith will aggressively help you seek damages for all your losses.