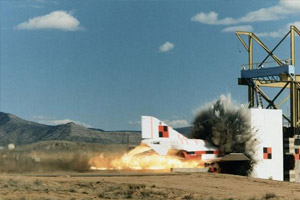 You probably read about the plane that crashed and burned during a landing at San Francisco Airport a few days ago. It’s every airplane passenger’s worst nightmare. Sadly, two people were killed and another 182 passengers were injured, and 49 of those were seriously injured.

Witnesses reported that the pilot may have tried landing short of the runway and one of the wings clipped a rock retaining wall. The end result was that the tail separated from the aircraft, which compromised the fuselage and caused a fire.

Nearly 200 firefighters arrived on the scene immediately, put out the fire, and began tending to the injured. Right now, we can only speculate as to the cause of the accident and a full investigation by The National Transportation Safety Board is forthcoming.

Although statistics are in your favor and only one in approximately one million flights ends up in an accident, according to National Transportation Safety Board, you should still know what to do in a crash. The following tips may be helpful in ensuring the odds are in your favor if you are in a plane crash:

If you or someone you love has been hurt because of the carelessness or negligence of another person, we can help. Contact us by e-mail or call us at (410) 441-5054 to schedule an appointment. We represent personal injury victims in Howard County, Baltimore County, Carroll County, Frederick County, Prince Georges's County and Montgomery County in Maryland