WHAT LOSSES CAN BE RECOVERED AFTER THE DEATH OF A LOVED ONE? 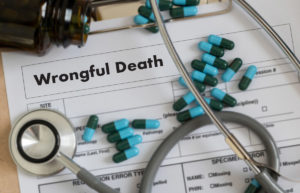 When a family member dies because of the wrongful conduct of another person, there’s nothing that can undo the harm. You are, however, entitled to compensation for many of your losses. As we have previously explained, there are two types of claims that can be filed after an accidental or wrongful death: survival claims and wrongful death claims. The damages available depend on the type of claim you file.

If your claim is a survival action (filed on behalf of the decedent’s estate), the damages are similar to those the deceased would have had a right to recover had he lived. They include the following:

If, on the other hand, the lawsuit is a wrongful death claim (brought on behalf of surviving family members), you can seek compensation for:

Jonathan Scott Smith, a Maryland Super Lawyer, has more than three decades of experience successfully handling personal injury claims, including wrongful death and survivor actions. A highly successful trial lawyer known for his ability to get positive results, he’s received the Client’s Choice Award from AVVO, with an average client review of 5 stars,as well as a perfect 10.0 (Superb) rating as a litigator. He’s AV-rated by other attorneys under Martindale-Hubbell’s Peer Review Rating System (the highest rating possible) and has been named a Top-Rated Lawyer by The American Lawyer magazine.

Let attorney Jonathan Scott Smith protect your rights in the aftermath of an accidental or wrongful death. Contact our office by e-mail or call us at (410) 441-5054 to arrange a meeting. Your first consultation is without cost or obligation. We take wrongful death claims throughout the state of Maryland, including Howard County, Baltimore County, Carroll County, Frederick County, PrinceGeorge’s County, and Montgomery County.